The Other Budget No One Talks About

Budget, Budget, Budget… from talking about that much-needed sofa on sale, to politicians and their magical annual promises. Everyone at some point in their life has to budget, either for themselves or for others. Sadly, too many people and organisations fail to think about the latter, and that’s where Earth falls in.

Yep, it’s not a mistake – Earth has a budget too. An energy budget which lately has been pushed to the edge, causing the radiative forcing on Earth to increase by about 0.5 watts per square metre between 2003 and 2018.

You might be thinking, ‘What the hell is that?’ Well, let’s assume all good things in life are in balance. Earth should be able to balance the energy it receives from the sun with the amount it radiates out into space. But that’s not what’s happening today.  At this moment, Earth is constantly under pressure as more and more energy received from the sun is being trapped inside Earth’s system thanks to greenhouse gases, rather than released back into the atmosphere, causing what we all know as global warming and climate change.

The unfortunate result is pretty much the same as revving a car’s engine until it gets too hot and breaks down. Earth is now at the revving stage and it’s just a matter of time until things start to break down at a massive rate.

Luckily enough, there is OAK, and there is data showing which industries produce the most greenhouse gases. No need to guess… it’s the energy sector. The industry providing electricity to everyone’s home and the workspace which we are all happy to leave one clock ticks 5.

With this in mind, look through your window. How many buildings can you see? 10? 20? 50? No matter the number, each one of these buildings is an opportunity for OAK and for you to use our clever technology to minimise energy consumption, cut those greenhouse gases from the energy sector, and help restore the planet’s energy budget to balance.

It’s a big task – bigger than any one of us can handle individually, and that’s where your help is needed. Help us, be a proud OAKer, by doing something big – something for Earth and the place we call home.

This year’s Earth Day 2022 goal is to showcase the collective responsibility to combat climate... 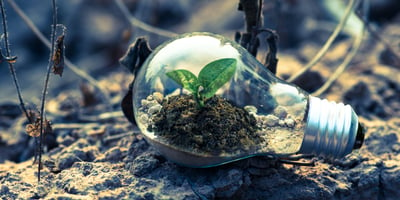 The greenest and cheapest form of energy

These days there’s an ever-growing list of clean, low carbon energy sources to call upon. But which... 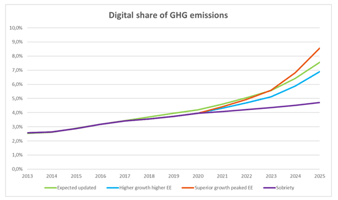 Every year with rapidly increasing access to digital technology and the internet, by 2025 this...